Sushi – I was quite curious about it. Before I became a fan of this delectable Japanese invention, I had a number of questions: What type of sushi should I dig into first? What are the rules for eating it? What does sushi taste like?

How about you? Have you always been hesitant to try sushi? If you’re looking for an introduction for people who are not familiar with this Japanese preparation, you’ve come to the right place! In this post, I’ll walk you through the sushi essentials: preparation, types, and of course—taste. If you’d like to learn more, read on!

Well, its taste depends on what type of sushi are you trying to have. Let me tell you, Sushi always being served with vinegared rice with other ingredients such as vegetables, seafood, and meat (usually fish) as toppings. As for condiments, they serve wasabi, soy sauce, radish, or pickled ginger.

You may think about its fishy taste but let me assure you, sushi (salmon and tuna) is a very mild and neutral flavored food and there are no strong fishy flavors involved in it. It is very much inspiring to newbies.

You may find sushi has a sweet and sour taste. That’s because tropical fruit slices such as ripe mango and peach added to the sushi really balance the fishy taste. But the main difference comes from its condiments. Let’s have a look at the condiments of sushi.

Read more: The Best Sushi Knife On The Market.

I’ll be introducing you to some of the most important things I learned as I developed my love for sushi. Before I dig deeper into tastes and textures, however, I’m going to talk about the sides and condiments that are served with sushi.

There are three sides that make the flavors of the ingredients stand out more: wasabi, soy sauce, and ginger.

Wasabi (Japanese horseradish) gives the sushi a spicy kick. First-timers might need some time adjusting, but if you don’t enjoy it on your first try, don’t give up just yet! Wasabi actually helps in getting more flavor from the dish and can help smother the bacteria.

The other condiment that’s always served with sushi is Japanese soy sauce. Don’t make the same mistakes I did—see to it that if you’re adding this to your sushi, don’t go overboard. Just add a little bit to each piece, in an amount that doesn’t overpower.

Japanese soy sauce is a bit sweeter than the regular/dark versions because it contains sweet rice wine – mirin.

Last but not least is the spicy, sweet, and tangy pickled ginger, the thin sheets of pink sides served alongside most types of traditional sushi. Also called “gari,” This one’s meant to be eaten in-between pieces of sushi, for cleansing the palate.

The Importance Of Rice In Sushi

Now that you have an idea of what type of sushi you may want to try out first let’s focus on the ingredient that all these preparations have in common: rice. Sushi rice is white Japanese rice mixed with rice vinegar, salt, and sugar. The rice is short grain and is a bit stickier than its long grain counterparts.

After the rice is cooked and seasoned, the result is a beautiful texture that can be molded and added to the fish.

​Because of the sugar, this one has a hint of sweetness to it—perfect for balancing the taste of the fresh fish. Every time someone asks me a question like what does sushi taste like, or what its general flavor is, I always tell them about this wonderful sweetness.

Sushi has evolved into so many different varieties, so as an introduction, I’ll talk about the basics first—the most common types that you’ll see in restaurants when you’re finally ready to give sushi a try!

A type of sushi that’s composed of rice, wasabi, and fish/shellfish. The vinegared sushi rice, which has a wonderful hint of sweetness, is shaped into bite-sized pieces, topped with a little bit of wasabi and raw fish or shellfish.

Having a great balance of sweetness and saltiness, maki is a type of sushi where the rice and the fish/vegetables are wrapped in nori (seaweed). After they are rolled using a Japanese bamboo mat, the pieces are usually served in a single order.

This one’s a type of sushi that calls for chopsticks. Chirashi sushi is basically a bowl of sushi rice topped with different types of Sashimi—some of the most common ones you’ll see are shrimp, tuna, salmon, and uni .

Temaki, or “hand roll”, is a cone-shaped type of sushi where you’ll need to skip the chopsticks. This is a roll of nori that’s very similar to maki, except that it’s bigger . It’s always best to consume this right away, while the nori is still crispy.

Sushi is sometimes confused with sashimi, another common Japanese dish. Take note that these are two different things! Sushi is served with rice, whereas sashimi is simply slices of raw fish.

Seasoning Of The Sushi

I know that I have already talked about using soy sauce in the items above, but because this condiment can make or break your sushi experience, I felt the need to expound!

When seasoning sushi with soy sauce, keep this in mind: you should never drown it! Most restaurants will give you a small plate to put the soy sauce in, and the best tip that I can give is to just put a small amount. You can easily replenish if you need more.

Also, see to it that you avoid dipping the rice part of the sushi in soy sauce—dip the seafood instead. This is especially important for Nigiri, which I have already discussed above.

Sushi is a type of Japanese preparation that sure is a fascinating process, and the unfamiliarity alone is enough to make anyone interested! What does sushi taste like? I hope you now have the answer!

Now that you’re familiar with the types of sushi, the etiquette that goes with it, and its beautiful flavors, you can finally start with your sushi journey. Good luck, and I hope you learned a lot from this article!

Let me know how it goes! Tell me your experiences or send in comments and suggestions in the comments below. Stay tuned with cookingispassio.com. Happy cooking! 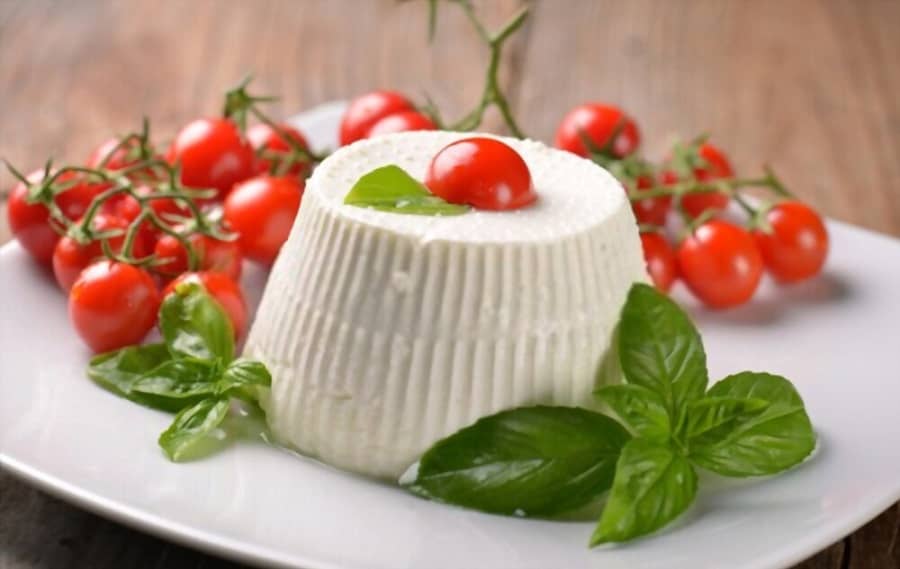