If we talk about Japanese cuisine, the first thing that comes to our mind is sushi. Though sushi is a traditional Japanese food, it is very popular worldwide. But everyone finds it difficult to choose what to serve with sushi that combines well.

I have listed 10 dishes that combine very nicely with sushi. They are

Let’s dive into the specifics of these ten side dishes now.

What To Serve With Sushi?

It is not necessary to serve sushi with other side dishes. But serving some side dishes with sushi makes it more delicious and increases the taste of sushi. You can serve some other food with sushi or some ingredients.

In Japanese tradition, they always have soup in their meal. So why not serve with sushi. You can serve any soup with sushi, but it would be better to serve some traditional Japanese soup.

One of the most common Japanese soups is Miso soup. Miso soup is made of dashi stock mixed with miso paste. This soup is suitable for serving as a side dish.

If you look for Japanese cuisine, you will see that they always have soy sauce on their table. They use this ingredient almost in every food. You should not avoid this one.

Also known as Gari. This item does not come as side food; rather, it can be called a supplement for sushi. Its sweet acidic flavor enhances your taste. It is made of sliced ginger pickled in vinegar and sugar. A lot of restaurants serve gari with sushi.

Tempura is another Japanese dish that mainly consists of seafood, sometimes with meat and vegetables, which is deeply fried. Because it is deep-fried, it becomes crispy. As a side food, it makes a nice combination with sushi.

Salad goes with most dishes, so why not with sushi. Wakame salad is one of the common, typical salads in Japan. It is a seaweed salad.

Edamame is very popular in Japan. It serves with sushi and other dishes. It has been becoming popular in other countries. Edamame is very easy to prepare. It is prepared by immature soybeans in a pod which is then boiled with salt and water. The pod is not intended to be consumed.

Gyoza is a Japanese dumpling. It is made of pork, chicken, mushroom, shrimp, or vegetables. It is simple to prepare in your own house, or you may find it ready from the shop. If you don’t fill with just sushi, then gyoza would be a good choice to fulfill your appetite.

Though I have previously mentioned green tea as a beverage because it is a Japanese tradition, you can serve other beverages instead of green tea. In western culture, most people like to have beer or wine with their meals. So why not serve it with sushi.

Dessert is very popular in many cultures after the meal. Many people like to have dessert after a meal or with a meal. You can serve any dessert you have, but it would be great to serve some traditional Japanese desserts.

One of the common desserts in Japan is Dango. It is a lightly sweet dessert that is made from mochiko.

What exactly is the green substance that comes with sushi?

Ans: The green stuff that comes with sushi is Wasabi. Wasabi is a plant. It is very spicy and must be consumed lightly. It feels great with sushi.

Is it healthy to eat sushi?

Ans: Sushi is a very healthy food. It is rich in protein and omega 3. Omega 3 is good for the heart. Also, there is no extra fat, and the fish used in it is fresh and rich nutritious.

Why is sushi so expensive?

Ans: The main reason sushi is so expensive is it is hard to produce. Also, the ingredients used in it are fresh and nutritious. On the other hand, its fish is often top graded. All over, this makes sushi very expensive.

I have made a list of some simple dishes which can be served with sushi. All of them are typical Japanese dishes. You will find that these foods are typically served with sushi in every Japanese restaurant. These are very simply prepared dishes. These recipes are simple to make at home. I hope you enjoy it reading. 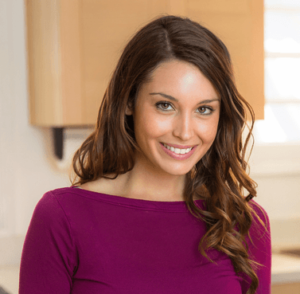