A chef’s knife should be in every kitchen. A cleaver, on the other hand, is the way to go when it comes to breaking down hard items like bones or hard-skinned vegetables. Cleavers are heavyweight knives with a rectangular blade that can cut through objects that a standard chef’s knife can’t.

They also have a unique characteristic not found on other knives: a hole in the blade. But what is it for, exactly? Don’t worry, your knife isn’t broken; it’s just a clever space-saving feature.

What Is A Meat Cleaver And What Does It Do?

For those who don’t know what a meat cleaver is, let’s start from the beginning. A big knife with a square or rectangular blade is known as a meat cleaver. You may have seen them flung across a room at someone’s head in movies. That’s right, they’re the ones. They’re not to be mistaken for chef knives or vegetable cleavers.

These are meat cleavers with a single goal in mind: to demolish meat and bone. Meat cleavers aren’t subtle in the least; they’re big, heavy, and terrifying. A meat cleaver’s advantage is that it does not require extreme strength to wield. You’re okay to go as long as you can lift it.

All of the work will be done for you by the blade’s natural weight and razor-sharp edge. All you have to worry about is not cutting yourself. Meat cleavers are made of extremely robust steel that can withstand a lot of force, and most cleavers are hardened to increase their durability for critical duties. They are the best pals of a butcher.

Why is There a Hole in a Meat Cleaver?

This may come as a shock, but it’s actually rather straightforward. It’s used to keep the blade in place. As a side bonus, the hole can be used for other things. However, the hole is primarily intended for the butcher to hang the blade.

Meat cleavers are just too large to fit in drawers; instead, place them neatly into a knife storage block or onto a knife magnet since the thing is so heavy that it will fall to the floor and smash your kitchen tiles. So there’s only one other option: a steel hook on which to hang the knife. As a result, producers opted to cut a hole in the blade to keep it out of the way and out of the way of work.

It’s also more convenient to have a knife hanging up rather than in a drawer because it’s out in the open for everyone to see, allowing you to instill fear in them and perpetuate the notion that butchers are scary with all their enormous knives. The hole in the blade can also be used as a finger grip. When chopping through bones or frozen flesh, the knife can become trapped and difficult to remove.

So a butcher takes the blade with both hands by inserting his finger in the hole and wiggling the knife free. It comes in useful and is frequently used to free a stuck cleaver. If getting the knife unstuck is too difficult, insert a short metal rod into the hole and enlist the help of another person to leverage the blade out of the bone or frozen carcass.

Reasons for the Hole in a Meat Cleaver

It’s risky to leave a meat cleaver laying about after it’s been used. A large knife falling from your kitchen worktop and landing on your feet is not something you want to happen. What can you do with a large blade that won’t fit in knife magnets or drawers, for example?

It occupies a significant quantity of space. As a result, you must store it in a convenient location after each usage. That’s where the hole appears. It enables you to safely hang your blade on a wall.

When hung from a high altitude, the hole’s location allows for easy retrieval. Standing on your toes does not require any effort. The same is true when it comes to hanging it up after use. When butchering, some butchers utilize the hole to hang their butchers’ cleavers on their belts.

Getting Unstuck When You’re Stuck

Have you ever tried to cut through stubborn meat or bone with a knife, only to have the blade get stuck inside? When chopping through bone, this happens frequently. Knives can also become stuck inside a frozen meat lump.

You don’t want to go into a grappling match with a stuck blade. You’ll need a clean hack with no microscopic bone shards littering the meat.

Cutting through bone is simple thanks to the hole in the heavy-duty blade. You may hold the upper half with your fingers thanks to the hole. You can draw the blade free by reinforcing your grip on the handle. This saves you a lot of time, effort, and irritation.

Friction should be reduced

When cutting through bone, friction can cause shards to fly out, causing choking.

The ‘aeration’ of meat cleavers, fortunately, lowers friction. This keeps bone fragments at bay while making using this high-carbon tool simple and fun.

When it comes to aesthetics, what you see has an impact on your mind, whether it’s pleasant or unpleasant. It is for this reason that product design is crucial, as it influences human preferences. A cleaver is a huge, heavy-duty knife with a rectangular stainless steel blade that comes in a variety of shapes.

By reinventing its products, Dalstrong Knives has stayed ahead of the curve. These items are visually appealing. The blade of the Dalstrong cleaver has a lovely hand-polished satin finish. A tapered design for hardness and flexibility is added to the mix.

The hole in a meat cleaver follows the same rationale, as it provides the knife a suave and fashionable appearance. This guarantees that you will like using it while also displaying your edgy personality. 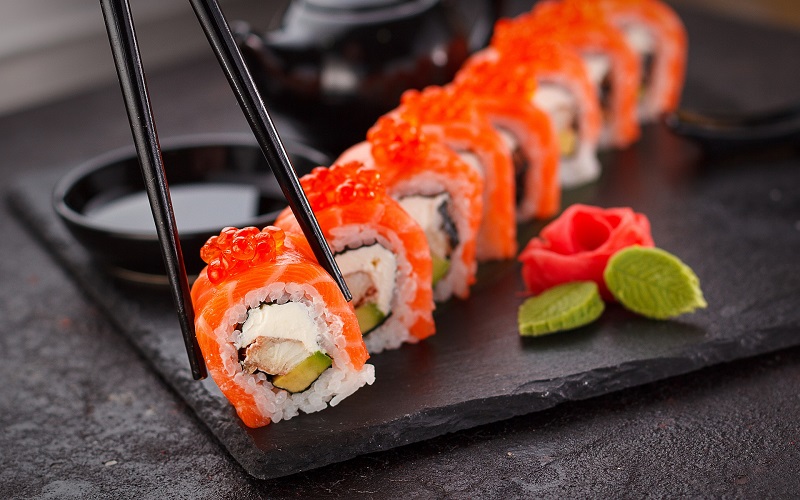